Scale of dragon; tooth of wolf;
Witches’ mummy; maw and gulf
Of the ravin’d salt-sea shark;
Root of hemlock digg’d i the dark…
Double, double toil and trouble;
Fire burn, and caldron bubble.

October might be the most perfect of months to explore traditional donut making, i.e. frying. Take a note from Shakespeare’s MacBeth, and gather ‘round the bubbling caldron. Or rather, fill a deep, cast-iron skillet with safflower oil, and behold the spellbinding transformation of dough to doughnut.

As a lover of fall and its traditional flavors, pumpkin was an obvious choice for October’s Donut ‘o The Month, but I put a spin on the recipe. This donut uses a pumpkin ale to capture the essence of fall. For a very novice beer drinker (my adventure to buy two pumpkin beers in puritan Pennsylvania could be a blog post in itself), I really hit the nail on the head with Block House Brewing’s Pumpkin Ale. Brewed by the Pittsburgh Brewing Company, in Latrobe, PA (bonus points for this Pittsburgh-based blogger), this sipper of an ale is sweet and spicy. It would make a great ice cream float, but as it turns out, it makes an addicting donut!

What’s really exciting about this recipe is whole-wheat pastry flour, natural ingredients and a healthier frying oil make these donuts pretty guiltless. Make these once for you, and you alone, and then maybe invite friends for batch number two and scary movies. ‘Tis the Season!

In the bowl of a stand mixer fitted with a dough hook add the flour, sugar and yeast. In a saucepan over low heat, heat the beer until it reaches between 120 and 130 degrees F. Add the beer to the stand mixer, mix until most of the flour has been moistened. Add the vanilla then the yolks, one at a time. Add the cream, salt and softened butter. Building up speed, beat on high until the dough comes together and gathers around the blade. The dough will be very soft. Add dough to a lightly oiled bowl, cover and allow to sit at room temperature for 1 hour or until doubles in size. Punch down the dough and knead lightly to remove any air bubbles. Return to oiled dough,  and allow to rest for 1 hour. Roll out dough on a lightly floured surface to 1-inch thickness. Cut donuts out with a 3 ½ inch biscuit cutter with 1-inch circle holes. Place donuts on a baking sheet that has been covered with parchment paper. Loosely cover with a towel. Allow to rise at room temperature until doubled in size, about 30 minutes (or longer if you’re living in a cold apartment like yours truly). Fill a large heavy bottomed saucepan with safflower oil until about 4-inches deep. Add a deep fry thermometer, and bring oil to about 360 degrees, adjusting heat to maintain temperature. Be careful not to overheat oil. Working in batches, fry the donuts on each side until golden brown, about 1-2 minutes per side. Remove from oil and allow to cool on a wire rack.

To Make the Glaze:
Whisk together the powdered sugar and the pumpkin ale until well combined. Dip each donut in the glaze. Allow glaze to set before serving.

photography & recipe by With The Grains for Jojotastic. 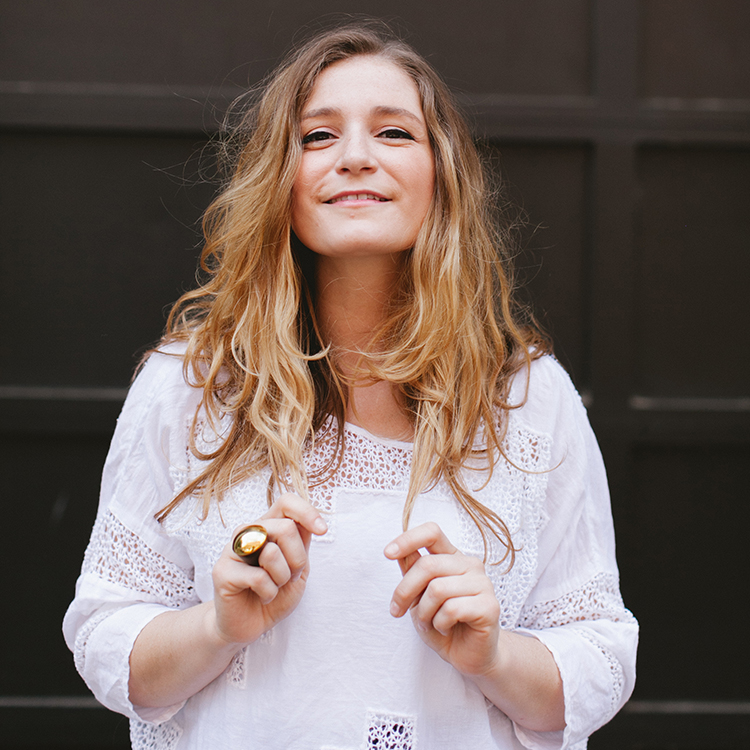 Joanna Hawley-McBride is a Pacific Northwest digital influencer and former textile designer with an eye for beautiful things. Jojotastic is a lifestyle blog focused on Joanna’s work-in-progress home, interior styling, finding the best pair of underwear through #UnderwearThesis, and empowering women to explore nature — all in her signature unfiltered style.

What are you searching for?