It has been 2 years since my accident that resulted in a broken leg and two surgeries. If you’re new to the blog, you can catch up on what happened. It’s been 2 years of healing, self-doubt, crippling fear and anxiety, and so much personal growth. Even though it’s been a couple of years, I still feel like I’m going through a journey with PTSD. If you’re experiencing anything remotely similar, I want to start by saying that you’re not alone in it.

My sense of fear and risk feel more balanced now.

For the first year or so after my accident, I was scared of almost everything. I even developed a fear of leaving my house because my sense of risk was so out of balance. My accident happened despite me being careful. So my brain would often reason that if I had almost died while I was being careful, what’s to stop me from almost dying again if I stop paying attention just for a second? The PTSD was often paralyzing enough to make me not go anywhere and essentially check out on life.

It’s taken a lot of therapy and wrestling with my inner critic, to overrule those fears. Even still, I worry that I won’t be able to do something and will instead have an emotional meltdown. And the biggest fear is that it would happen in public.

I also wrestled with small, every day tasks that required being off the ground, even just a little bit. I’m no longer terrified to stand on chairs to change a lightbulb or reach something. This is a big victory for me. Also, I no longer cry and have intense anxiety when walking on uneven surfaces, elevated surfaces, or across large rocks. Sometimes, I still get upset and anxious when I am scrambling on rocks, but it’s getting better.

My body has changed so much.

This one is actually where I’ve struggled the most. It has taken me so long to come to terms with how my body looks and moves differently. Overall I am softer and less toned than before. During my recovery, I gained about 15-20 pounds. I’ve lost about 10 of that so far. I don’t really know if I’ll ever lose the rest of the weight. I’m still not back into rock climbing yet, which was my primary source of fitness, exercise, and a hobby for me for sooooo long. Lately, I’ve been really loving spin class and my leg seems to respond well to that type of activity.

I have had to learn to accept that my body moves differently because of the weight gain and my hardware. I can’t squat as deeply as I did because of built up scar tissue, for example. Some stuff is a bigger challenge simply because I don’t have feeling in a few of my toes. It’s deeply frustrating, but I try so hard to remind myself that I’m doing the best that I can.

I’ve struggled SO much with a version of the comparison game where I lament that I can’t do the things I used to do. It’s hugely frustrating, but it also doesn’t really serve me. The truth is that I need to set new goals for myself, goals that take into consideration that my leg contains a rod and screws, sometimes gets achy, and hates cold weather. This summer I am hopeful that I can get back into climbing in some capacity. I miss it so much.

I have good days and bad days.

Recently, I decided to organize all of the climbing gear we store in the trunk that serves as our coffee table. I knew it would be emotional, but I wasn’t expecting the PTSD to knock me out for the full day. As soon as I saw my climbing shoe that had been cut off during my rescue and the scrape marks on it, I went to a deep, dark place in my mind. I ended up taking the entire day to be quiet, stay in bed, and do whatever felt good… because in that moment, nothing felt good and all I could think about was being stuck on those rocks waiting for search and rescue.

So yeah… I guess in conclusion, these past 2 years have taught me more about my strength than I ever though possible. Wrestling with PTSD on a near daily basis has proven that to me. I did survive and I am working on getting my full life back — whether that means living without fear, feeling confident in my body, or simply being able to leave my house.

SO, WHO'S COMING OVER?? jk jk jkkkkkk Back before

REAL TALK: Is your feed follow-worthy? Are you sur

Scrolling through the #smallspacesquad feed and I

Learn how to entertain in style: 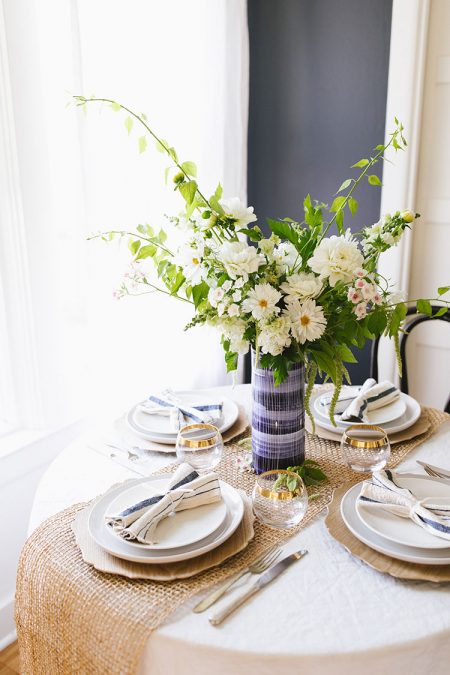